Lance orbs to gain energy. See how far you can get into the galaxy. There are some strange things out there!

Executable version has a larger resolution if it's too small in the browser.

Nice little game! Made it on a third try

At first I was gonna complain about how aiming slows you down, and an orb that seemed to be moving slow is actually pretty fast, it's just that the ship had a similar velocity to it, and once you slow down and wait for you acceleration to charge, it flies away and you have no chance of catching it. But now that I managed to reach the goal several times, I think it's part of the challenge.

I would add sounds and particle effects, though. And probably change the difficulty curve, cause right now when you start out, it's relatively hard, especially for the first time, but once you reach the red square area, it becomes easy, cause a lot of orbs get stuck on them and can be effortlessly caught, but once you leave it, it gets hard again, and near the target it becomes easy again due to the overabundance of orbs.

Edit: Haxe is based.

Thanks dude. Working on juicing it up now with sound and effects. I'll alap fix the difficulty curve, your feedback there is really helpful. 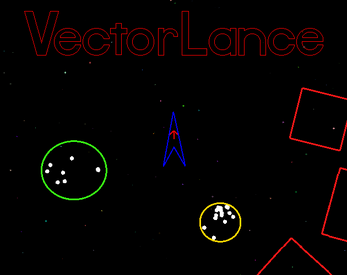